The City of Maquoketa is the County seat of Jackson County. With a population of 6,128, visitors & residents alike find our micro-urban environment to be welcoming in Northeast Iowa. The City itself features many basic living advantages:

The spirit of Maquoketa is alive in our modern age and sets itself apart from other communities. 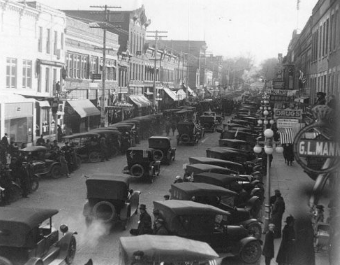 In 1870, settler Alfred Hurst concluded the Maquoketa area had some of the highest quality limestone available to the marketplace. Alfred Hurst built the historic lime kilns still standing today and produced adhesive lime product that shipped all over to help build the infrastructure that we know today. 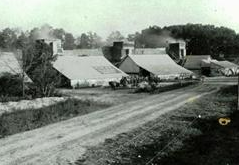 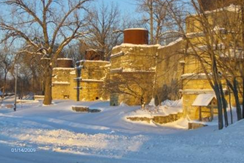 It wasn’t until the early 1900s that Portland Cement dominated the market and put the kilns out of business. This unique feature and story is part of the Maquoketa community and represents a significant growth period for Maquoketa & Jackson County.

The next significant growth for Maquoketa came with the move of the Clinton Machine Company to Maquoketa in 1950. Don Thomas built on 12 acres in the City of Maquoketa and took advantage of a rail spur. Clinton Engines produced 18 million small engines and was once the 10th largest employer in the State of Iowa. Maquoketa’s profile grew strong and with changes at the company, the site shut down around 2000. Jackson County Historical Society is dedicated to preserving the unique story of Clinton Engines at the modern museum located at 607 E Maple in Maquoketa.

Today Maquoketa focuses on retaining its small-town charm with City amenities. The area has undergone significant community investment in the last several years to completely revitalize the Downtown and expand the business base of the City thus driving more prospective business and residents to the welcoming City of Maquoketa. The City is well-suited to be the location and home for families to discover the best possible work-life balance.

Large Main Break at 600 Block of Summit
Snow Route
Tree Board Thank You!
Closed For Season